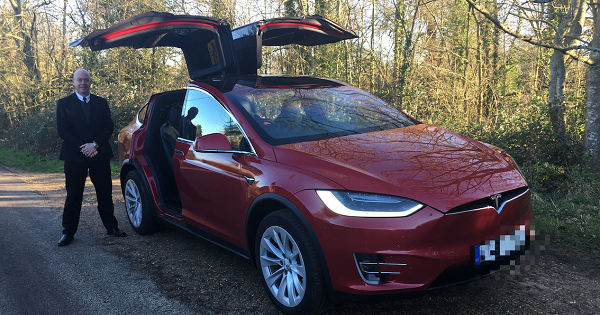 Fulfilling The Demand For Sustainability – Before It’s Too Late

The demand for sustainability is as prevalent now as it has ever been. In fact, more than a quarter (27%) of Britons cite the environment in their top three issues facing the country1, and are therefore playing an active part in changing behaviours for a more sustainable future. However, businesses are struggling to meet with the population’s increasing expectation for sustainable, green products and services.

A recent study has found that UK businesses are spending £2 million on ‘greenefying’ their products to meet sustainability demand2. What’s more, the same study found that meeting consumer demands around environmentalism tops all challenges faced by British corporations. Since the nation went into lockdown, on the 23rd March, air pollution levels in some of our busiest cities have dropped significantly; a positive side-effect of the severe drop in traffic levels. Environmentalists and nature lovers alike are now urging the public at large to use this drop in pollution levels as a catalyst for further improvements. Understandably, with the nation’s ongoing commitment to the environment, demand for business models that cite sustainability as a USP are bound to appeal when it comes to investment opportunities.

Garry Hunt, Director of Right Bike, a bike retailer specialising in e-bikes, expects the British public’s environmental conscience will only increase, especially when the 70% increase in the number of bicycles on the road during lockdown3 is expected to be maintained as people look for alternatives to crammed public transport.

“Right Bike has been trading for 15 years and I’ve noticed a considerable increase in customers over the last two to three years. This falls in line with the increased media interest in sustainability as people are looking formore eco-friendly ways to travel. This year, we launch our franchise opportunity to prospective business owners as the demand from our customers continues to grow. Prospective entrepreneurs will instantly gain from investing in a business that fulfils this demand and, unlike other B2C enterprises, won’t have to concern themselves with the costly implications of ‘going green’ later down the line,” said Garry.

Like Garry, Maxim Ben Chaouch, co-owner of e-travel specialist, UrbanApe, has capitalised on the increasing need for environmentally-conscious travel providers across Europe. And with government guidelines now encouraging the limited use of public transport, Transport Secretary, Grant Shapps, recently announced a £2billion Government investment in green travel solutions. With the government expected to pass the legalisation of e-scooters on public highways in June, the franchise will begin expansion into the UK later this year.

“We first launched our e-vehicle rental company in Majorca in 2018 to fulfil the demand for e-bike and e-scooter rental. Many of our British customers explained the need for our services in cities around the UK so we’re expanding to fulfil this requirement. All of our existing franchises are based in busy, cosmopolitan cities around Europe and these cities have one thing in common – a real problem with air pollution due to traffic
density. UrbanApe wants to be part of the solution to these toxic pollution levels by getting people out of their cars and into the open air. Plus, we like to think that there’s a kid in every one of us – what better way to see a city than on an electronic scooter or bike! Our commitment to maintaining our environment has been on our agenda since day one, so we’re looking for prospective entrepreneurs who share our belief in the importance of sustainability,” explained Maxim.

In the first two weeks of the nationwide lockdown, analysis showed that nitrogen dioxide levels fell by up to 60% compared to the same period last year4. Zero emission, all electric Taxi service, Go Zero, which launched in the UK in March 2017, prides itself on offering a safe reliable and affordable service for all, with minimal impact on the environment. Paul Buckingham joined the growing network by launching his franchise in September 2019. He can vouch for the popularity of eco-friendly investment opportunities in the franchising sector.

“I’ve spent my entire career behind the wheel of a car so have always been aware of my environmental footprint,” said Paul. “I previously spent 35 years with the police force, first working in the road policing unit before moving into diplomatic and royal protection. I felt so passionately about the ethical culture of Go Zero that I even came out of retirement to start my franchise! Go Zero is one of the first fully-electric taxi services in
the UK and I’m very proud to say that I was one of the first franchisees.

“For me, it really appealed that the sustainability aspect is consistent. Franchisees exclusively drive fully-electric, zero emission vehicles, but all vehicles are also charged using only 100% renewable energy sources. This commitment is what makes Go Zero stand out from the crowd. It’s unrealistic to assume that car travel is a thing of the past but making the right decisions now can make all the difference for the next generation. I take a lot of satisfaction from knowing that I am part of a change that’s needed, and my business is prepared for the day those changes will become compulsory.”

1 YouGov, 2019, Concern for the environment at record highs.
2 Bazaarvoice, 2019, How marketers measure up against their biggest challenge yet.
3 Department for Transport, 2020, £2 billion package to create new era for cycling and walking.
4 Department for Environment, Food &amp; Rural Affairs, 2020, Air pollution since lockdown.

About The International Franchise Show Online

The International Franchise Show is the UK's leading exhibition for the most exciting franchise opportunities from around the world. On the 5th & 6th June we will be hosting the first virtual edition, with live webinars and access to over 200 franchise brands.